We here at Integrative Human Performance pride ourselves on breaking the mold.  As such, we decided that rather than participate in the December barrage of “year in review” blogs, we’d do ours in March.  Why?  Because we’re trailblazers.  Because we’re trendsetters.  And because we’ve both been too busy/lazy to get around to it any sooner.  At any rate, we’ll briefly highlight the things from 2015 worth…uh, highlighting over the next few days to get ya’ll caught up on our comings, goings, and doings.  In this installment, we’ll review the great progress and achievements that several of our clients have made over the past year.

Collin Radack, an outfielder in the St. Louis Cardinals’ (Major League Baseball) minor league system, built on his success in his first season of professional baseball with a stellar 2015 campaign.  In his debut season, Collin batted .287 with a .733 OPS and 23 RBI in 39 games to help the State College Spikes (St. Louis Cardinals Class A Short Season affiliate) to the New York-Penn League Championship.  This past season, Collin was promoted to the Cardinals’ Class A affiliate (Peoria Chiefs).  He began the year with a bang, registering his first major league hit in a spring training game with the Cardinals’ big league club against the Washington Nationals:

Collin went on to bat .293 with 20 RBI in 37 games for the Chiefs, including this mammoth 3-run home run that proved to be the game-winner as the Chiefs came back from a 6-1 deficit to beat the Beloit Snappers 8-6 on May 16:

He was promoted again in-season to the Palm Beach Cardinals (St. Louis Cardinals Advanced A affiliate), where he hit .285 with a .739 OPS.  His combined stats for the 2015 season came to a .288 batting average, a .724 OPS, 40 RBI in 107 games played.  Collin’s excellent sophomore season garnered him an invitation to the Cardinals’ Instructional League, an honor reserved for MLB teams’ top young prospects that the organization is interested in spending additional time and resources on to help them continue to improve and develop.  Collin reported to spring training on March 9th and is greatly looking forward to the upcoming season, just as we are looking forward to watching him continue to play at a high level and grab the attention of big league scouts and coaches alike.

Michael Kim, a hockey player from Toronto, Canada, began this year in his second season as a defenseman for the Boston Junior Bruins’ (USPHL) Premier Division squad.  In 28 games, he posted a stat line of 5 goals and 22 assists for a total of 27 points; this near point-per-game clip helped the Jr. Bruins to a scorching 23-5 start and secured Michael a commitment to play for Boston College (NCAA Division 1). 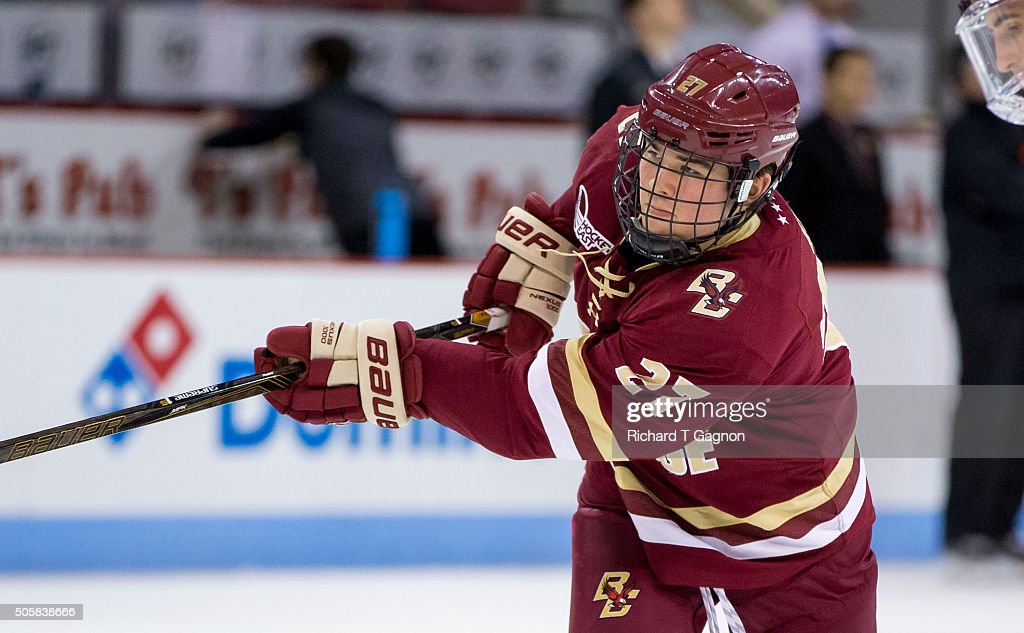 Michael agreed to join the Eagles midway through their 2015-2016 season, and to date has registered 1 goal and 5 assists in 20 games in addition to a solid +/- of +4.  The Eagles have already won the 2016 Beanpot, and are currently ranked 5th in the nation as they begin their postseason quest for Hockey East and National Championship titles. 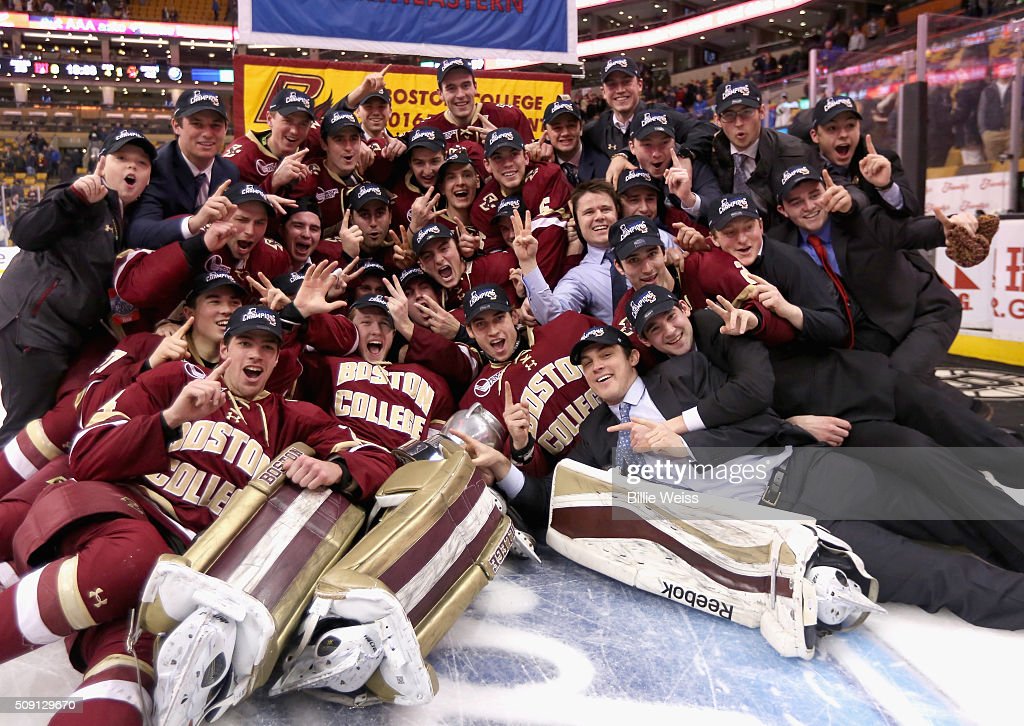 The last several months have been a whirlwind for Michael, and we’re proud of everything that he’s accomplished and are excited to see what the next few months and beyond will hold for him.

Michael Lata, another hockey player from Toronto, Canada, finished up last season as a forward for for the Boston Junior Bruins’ (USPHL) 2014-2015 Premier Division squad.  In 17 regular season games, he scored 4 goals and 4 assists to help the Jr. Bruins to a 13-4 finish.  Michael committed to Williams College (NCAA Division III), and to date has tallied 3 goals and 3 assists to help the Ephs to a stellar 19-5-2 overall record and a 14-2-2 conference record that was tops in the New England Small College Athletic Conference (NESCAC) for the 2015-2016 season.

Postseason play for the Ephs began this past weekend, with Michael notching two assists to help Williams to a dominating 7-1 victory over Salem State University.  Their journey in the NCAA Division III tournament continues this Saturday, and we wish Michael the best of luck.

Bryan Ackil, a hockey player from Southborough, Massachusetts, played the 2014-2015 season as a forward for the Boston Junior Bruins’ (USPHL) Elite Division squad.  Bryan totaled 11 goals and 13 assists in 37 games to help the Jr. Bruins to an incredible 38-5 record, a USPHL championship, and a National Championship.  He joined the Portland Jr. Pirates (USPHL) Elite Division squad for the 2015-2016 season, which saw him tally 9 goals and 21 assists in 41 games to help the Pirates to a solid 26-18 campaign.  He also grew out some majestic facial hair: 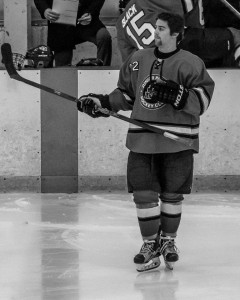 Bryan is currently in the process of making a decision on where to continue his hockey career, and we’re excited to see what the next step on his journey will be.

That’s all we’ve got for part one.  As you can see, our clients have some amazing stuff going on right now, so we’ll do our best not to disappoint when Rob and I fill you in on what we’ve been up to recently in the next installments of our “Year In Review” series.

← Breathe Some Awesomeness Into Your Training: Simple Ways to Integrate Breathing to Improve Your Training
Integrative Human Performance Year In Review, Part Two: The Happenings of Rob →